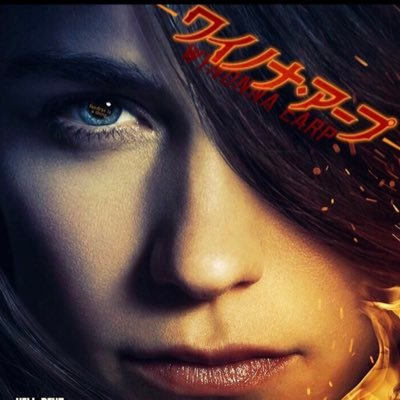 She represents the Earper fandom in Japan and you may have seen her at conventions in the US and Europe, meet Yuria (aka @WynonnaEarpJP)!

I’m Japanese Earper and I live in Tokyo, Japan, and I work for a Travel Agency.

Wynonna Earp was a hot topic on Twitter in Japan. So, I have been watching it. Of course I was excited and enjoyed the show, and when I saw 3 women (Wynonna, Waverly and Nicole), it made me realize that it’s okay to be honest with myself.

So, for me, this show helped me discover myself in a new way and at the same time, I was fascinated by the show.

You’ve been to a couple of (Wynonna Earp) conventions. Which ones did you go to, what did you like about them? What was it like, meeting the cast, meeting the Earpers? Any special memories?

First of all I was very nervous. Because I am not a native English speaker. I was very worried I couldn’t to talk to the cast properly. But when I met the cast, I was very impressed. They greeted me in as much Japanese as they knew. And they were very grateful to me for coming from a faraway country. They said we were the first time they had met a Japanese fan.

One particular memory I have is when Dom told me a story about her parents. They loved to travel and had been to Japan once. So she told me that she wanted to go there too. Kat also loves ramen and I was very happy that she wanted to come to Japan to eat ramen. Tim was always talking to me during the convention when he saw me and thanked me for coming from such a far away country. I was also very impressed that he still takes good care of my gift I brought from Japan. I got to know his personality up close and personal and I fell more and more in love with him.

At EarperConUK I met an Earper from the Netherlands, Petra. She is the first overseas Earper I’ve ever met. She was very kind and welcomed us Earpers from Japan. We have met at the 3 conventions I attended and we also had dinner in Tokyo when she was visiting Japan with her father. I’m so happy to be friends with her. Because the Earper community is very close-knit and I’m not very good at English, it’s hard for me to communicate. So her support was very much appreciated by me.

What is it like being an Eaper in Japan? Are there many Earpers?

There are not many Earpers in Japan. That’s why I opened a Twitter account (@WynonnaEarpJP) and am looking for Japanese Earpers.

Japan does not have an ingrained convention culture. The only convention in Japan is Tokyo ComiCon. My friend is planning to hold a convention like ClexaCon in Japan. However, planning is currently difficult because it is unknown how many fans will be there.  But if we could hold a convention like ClexaCon in Japan, it would lead to the next step. This would make it possible for an EarperCon to be held in Japan in the near future. In order to do so, I think the first step is to find as many Earpers as possible in Japan using social media.