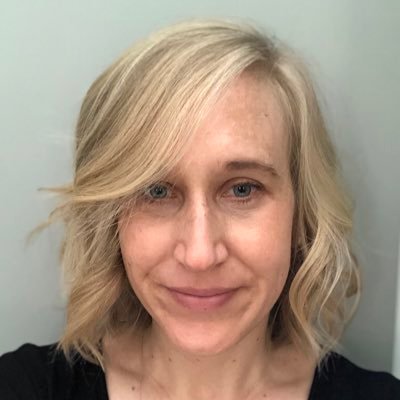 You may have seen her at cons, both offline and online (when not suffering through a power cut), all the way from South Africa, meet Nadine (@wynonnaafrica)!

I am Nadine and I currently live in Cape Town, South Africa.

My father’s side of the family is Coloured[1] South African, and my mother’s family is Swiss. I have spent my whole life moving back and forth between Europe and Africa, moving between cultures and languages.

I work at a university as a researcher and lecturer. One of my major research interests and the core of my activism is social justice. Social justice is what motivates and drives most of my Earper activity. South Africa is one of the most unequal countries and it is our civic duty to fight to change the status quo.

For this reason in December 2017 I founded a Wynonna Earp themed after-school programme for underprivileged girls (aged 12-20) in Cape Town, which I run together with a couple of friends. The programme aims to empower these girls and keep them off the streets. It is set in the area of Cape Town where I grew up. This area of Cape Town is in the outskirts of the city to where the apartheid government removed the non-white population as they declared the city centre and most attractive suburbs as whites only areas. These areas still suffer from poor infrastructure, poverty and crime.

In the after-school programme we use Wynonna Earp to address many social issues that affect these girls such as teenage pregnancy, LGBT+ rights, tuberculosis, gang violence, just to name a few. The Wynonna Earp after-school programme is very popular and before Covid-19 hit has attracted around 400 girls on alternating schedules. The growing popularity of the programme unfortunately has also brought into action some haters. There have been a couple of hits on me last year.

I discovered Wynonna Earp via WayHaught video clips on YouTube pretty much when it first aired. Before Wynonna Earp I only used to watch TV shows during semester break when I had 3 weeks to binge watch like crazy. There was something about Wynonna Earp that made me break with my principle. I started watching Wynonna Earp from season 1 episode 4 as it aired in the middle of semester and have not stopped since. Little by little I discovered the Earper fandom and about a year later I made a Twitter account mainly dedicated to Earping. Since then I have also introduced many of my friends and family to Wynonna Earp. Notably my grandmother and my many little cousins have become Earpers too.

You’re from South Africa, what’s it like being an Earper there? Are there a lot of Earpers? Do you meet up with one another?

In South Africa we are not a super big group of Earpers, but the numbers are definitely growing, especially since season 4A aired I have noticed an increase. South Africa is a big country and domestic travel is costly. We occasionally have local meetups in Cape Town.

Being an Earper in South Africa comes with some challenges, which in part are also relatable to other countries in the Global South: purchasing Wynonna Earp merchandise is very difficult because shipping to Africa is either not offered or only at an exorbitant cost. In addition, our postal service is completely unreliable and parcels either get lost or only arrive after months in transit.

Another issue that we face is that often gets forgotten in these Zoom times is the digital divide between the Global North and South which does not grant everyone as equal access to virtual events as one might think. Internet penetration here is much lower and the average Internet speed in South Africa is ten times slower than in North America or Europe.

Moreover, our credit card payments for merch, cons, etc. are often declined. South Africa might be physically far away from other Earpers, but social media connects us to Earpers around the world. Although, I have to admit that sometimes it feels surreal for me to reconcile the often harsh reality of Earping with these girls in Cape Town, with Earping on Twitter with international Earpers.

Tim and Kat shot Lake Placid: Legacy in your country. They also met up with the Earpers there, how was it?

It was an amazing experience meeting Tim, Kat (and Ray) in Cape Town. For most of us South African Earpers this was also the first time we met each other. I was really nervous (and excited) before because I did not know what to expect. Kat and Tim being willing to meet us after a strenuous month of filming is testament to their enormous generosity and kindness.

For many South African Earpers this was a once in a lifetime chance to meet part of the cast because attending a con overseas is not feasible for them due to financial reasons, unfavourable exchange rates, visa requirements, arduous travel involved.

We feel very grateful that we had this opportunity. It is always really cool when you recognise the filming locations and see so much of your hometown in BTS footage. For me, it is goes even further than that; the university where I work is often used as a filming location. Even though, it also has to be mentioned that most of the international TV shows and films shot in South Africa do not come at all to our screens or only at a much later date.

You’ve been to a couple of (Wynonna Earp) conventions. Which ones did you go to, what did you like about them? What was it like, meeting the cast? Any special memories?

My first Wynonna Earp con was EH Con Canada in 2018. Before I had only ever been to sports cons.

In 2019 I was lucky to be able to attend Earp Expo, Love Fan Fest and EH Con Canada. I always try to combine the cons with some work travel to save on costs and travel stress (I usually travel every 6-8 weeks abroad to attend academic conferences and workshops).

I absolutely love Wynonna Earp cons. It is an amazing experience to be surrounded by so many Earpers. These events have such a special atmosphere and empowering feeling. Every single member of the cast I have met so far has been exceptionally kind and accessible. I have so many wonderful memories from the cons that it is difficult to pick a special one. One of my favourite con moments is when you meet someone in person you have only known before from social media.

First and foremost I hope that Wynonna Earp gets more seasons which I can enjoy with my Earper family and friends.

In terms of the Wynonna Earp after-school programme the current focus is on keeping the girls fed and alive.

Obviously, I hope that at some point we will be able to meet in person again. This depends, though, not only on Covid-19 being under control, but also on the general safety situation in these communities, which is getting worse with increasing levels of poverty and despair due to the extended lockdown. In theory my plans for 2021 are to attend the cons that I was supposed to attend this year and got postponed. However, there is a lot of uncertainty at the moment.

In any case I hope to meet many Earpers off- and online, to strengthen existing friendships and forge new ones. I hope to keep the Earper spirit burning for many years to come.

[1] Coloured is used here in the South African sense of the word.