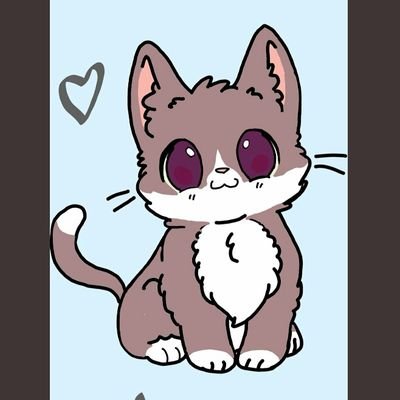 Who’s Adifa and who are your furbabies?

Hello! I was born and raised in Indonesia, where I still live. Oh, if you don’t know where Indonesia is, it’s in South East Asia. Or maybe you are more familiar with Bali? That’s the country where Bali is 😁.

I work as an Environmental Analyst and Supervisor. My job is to find out if there is any environmental pollution happening in my workplace.

I currently have two furbabies. My first cat is a domestic cat. Her name is “Telon” which means three colours (white, black, yellow) fur that she has. My second cat is a Persian. I call him “Snowy” because of the all-white fur he has and he reminds me of Tintin’s dog. One thing that makes him more special to me is that he has different eye colours, yellow and light blue. I want the hat that Kat wore at OSAB con 2019 but my version will be “Easily distracted by cat” 😁.

I love to travel to beautiful places and eat tasteful dishes with my friends. I’m so grateful I’ve been given the chance to go to a relaxing waterfall and mountains, enjoying beautiful beaches, and to go snorkeling to see sea turtles and a lot of colorful fish in our Marine National Park. Me and my best friend still have one dream, to go to see a Komodo Dragon. I hope when everything goes back to normal, we’d be able to travel again.

I discovered Wynonna Earp through YouTube. The first scene I saw was the remarkable and memorable Wayhaught Nedley’s couch scene. Waverly’s nervousness was so cute and Nicole is hot. Also, I was mesmerized by their chemistry. I’ve never seen chemistry like that. And then I searched who is this couple, who is Wynonna Earp, what is the series about, and after I saw Wynonna Earp episode 1 and 2, I was instantly hooked. And voila, I became an Earper 😁.

Wynonna Earp, especially WayHaught, means a lot to me. I love the adventure and sci-fi genre. I love a female badass character and this show has a lot of it! And when I knew that the creator is Emily Andras, who’s also the writer of Lost Girl, which I also love, I got so excited. I love how the stories make me feel a lot of emotions just in one episode, how we can laugh and feel happy but then feel anxious or sad. It’s like riding an emotional rollercoaster. And I always learn something new that I missed when I rewatch it.

I love how this show has queer representation that is good and respectable and that the show does not kill them. This show gives me hope that in the future there will be a lot more TV series that will follow their path because we need more positive LGBTQ representation. This show feels like a home to me, where I can watch it safely without being worried that my love gets killed (even though there are a lot of near-death experiences, it’s okay 😅 ).

Oh have I mentioned that I love the cast of Wynonna Earp so much? I love not only their characters but also themselves as an individuals. They are so talented. They are so kind, truth, inspiring, caring, and many more.

The showrunner, writers and cast know that we love them and they love us back. Wynonna Earp is worth the fight!  #FiveForWynonna ❤

What is it like being an Eaper in Indonesia? Are there many Earpers?

Thank you for letting me ramble in here. This is an honour for me. I want the world to know that there are also Earpers in Indonesia.

I landed in this fandom if I remembered correctly in around July 2019. I rejoined on Twitter because I want to know more about Wynonna Earp. My Twitter account is mostly only for Earping.

At first, I didn’t find any Indonesian Earpers, they were mostly from Malaysia, Brunei Darussalam or the Philippines. Until now, I only know some Indonesian Earpers on Twitter (probably 10), but I’m sure there’s a lot more.

Being an Earper here means I cannot have the freedom to express myself freely in public like if I’m in the US or Canada or countries who have Pride Parade. I can’t wear any merchandise in public that associates me as an Earper or to Wynonna Earp or LGBTQIA in general. But I do love my country and love living here, I just have to make some adjustments.

That’s why I was so excited when I found fellow Earpers on Twitter. I can be an Earper freely and express my love for Wynonna Earp (writers, characters, cast) there. I can discuss with fellow Wynonna Earp enthusiasts. I even have found my own found family there 🤗. Being in the community that shares love & kindness is a great thing, right? 😊

You haven’t been to any cons yet right? If you could finally meet the cast at a convention, who would you love to meet?

I haven’t had the opportunity yet to attend cons, but if I could, I would love to meet all of them, especially Mel, Dom and Kat. I admire these three. They are not only amazing as characters and actresses but also as their own personalities. They are so easy to love. We love them and they love us back. Although I’m sure I will be so nervous when I  meet them, I want to give them a big hug and my gratitude 😊 .

Although we still aren’t sure if there will be a Season 5 or more, I hope Wynonna Earp and cons will still go on for a few more years. Hopefully, they will be able to attend cons in Asia, if there is one. Being in Indonesia makes traveling to cons in US/Canada/Europe quite expensive because of the distance and the currency exchange rates. I am truly grateful for the virtual cons we had but I believe attending a real con, meet cast and Earpers in person will be an unforgettable experience and can’t be replaced by virtual cons. So attending a con overseas is still my dream and I’m planning to make it a reality 😊.