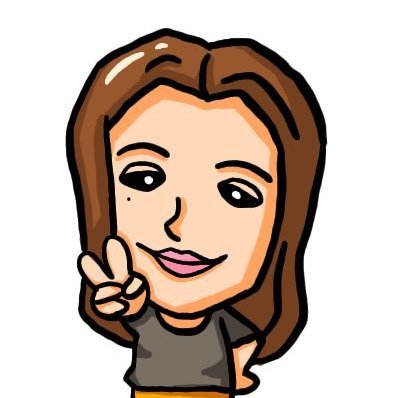 An Earper from France who you may have seen at various conventions in Europe, meet Valérie aka @MelsAmorAmor81!

My job is a bit hard for me to explain in English but let’s say I work with unemployed people and help them find their confidence back and prepare for job interviews.

A very good friend of mine who’s also an Earper used to share some clips of the show on Facebook and she also persuaded me to give it a go. I started watching in July 2018 and was instantly hooked! I binge watched the first 2 seasons in a few days!

The show means so many things to me: it helped me come to terms and accept my sexuality (I am bisexual), it makes me laugh so much and I enjoy every character and relationship in the show, especially the Earp sisters bond and Wayhaught! Its my happy place! It also means a lot to me because of its wonderful cast and the Earpers, so many amazing people I got to know through social media and meet for some of them.

What is it like being an Eaper in France? Are there many Earpers?

They aren’t many French Earpers that I know of but I know some pretty well and they’re wonderful people! I wish there were more of us though and that we could do some Earpers meetups and I also wished we could have an Earpercon of our own!

I assume Wynonna Earp is dubbed in France. How are the French voices?

Wynonna Earp has surely been dubbed in French but I have to admit I only watched it in its original version on Netflix because I am used to watch foreign shows in their language. I’ll have to check though and get back to you about this!

Your first con where you met Dom and Kat was in France, the multi-fandom con Our Stripes Are Beautiful. What was it like for you, meeting them for the first time?

It was wonderful, I have to admit I was intimidated at first, but they were so kind, lovely and down to earth that I quickly felt more at ease! My first memory was reenacting the awkward triple hug and I can still remember how it felt to have both of them squeezing me so hard!

You also went to EarperConUK, what was that experience like? Most of the cast was there, not to mention all the Earpers…

It was the absolute best, I had a blast that weekend! I met for the first time my very good friend of more than 12 years who introduced me to the show and so many other Earpers I only knew through social media!

I met Mel (who’s my favorite) for the first time and got to share some very special moments with her that I will forever hold dear.

It was wonderful meeting so many members of the cast, really, and I hope I have this occasion again, they’re all awesome people! I also have a very fond memory of the concert from Emy Taliana!

I plan to go to Earpfest in July 2021 and would really like to go to at least another con, I am thinking of Shorty’s. Hopefully the situation allows these to take place because I really miss the cast and spending time with Earpers from all around the world!